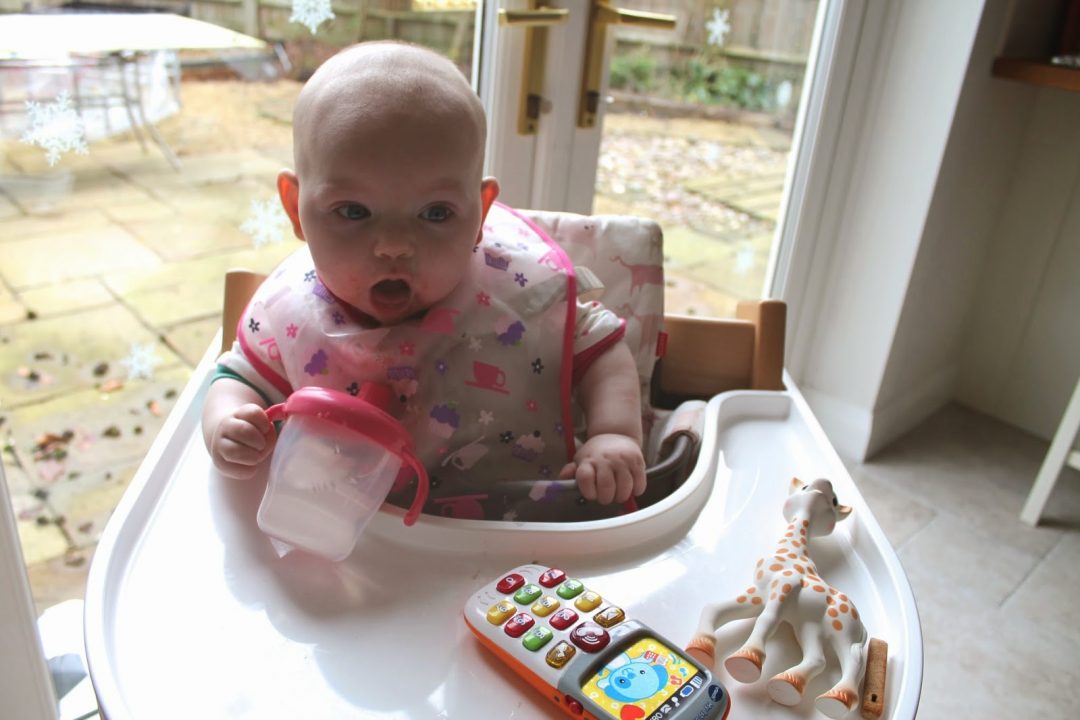 I had planned to wait and begin to wean Rosalie at 6 months. I liked the idea of baby led weaning. Mainly for the ease of being able to give Rosalie whatever Nick and I are having for dinner each night. I also think it makes sense. If you give babies ‘proper’ food from the start you are only weaning baby once. With the spoon feeding method, you effectively end up weaning twice. First onto purées and then off again onto ‘normal’ food. Yes baby led weaning was definitely for me. Except it didn’t exactly go to plan…

It all started on Christmas Day. We had both Nick and I’s family sat around our considerably extended dining table tucking into dessert after a pretty magnificent Christmas dinner. When Nanny June (Rosalie’s GG) pipes up ‘Give her abit of custard’. With the family all there and agreeing we should give it a try we went for it. Aaand she loved it!! She couldn’t slurp it off the spoon quick enough. We all laughed at how eager she was, she was like a little bird with her mouth open waiting for the next spoonful. It’s safe to say there was very little waste.

I know your strictly not supposed to give babies eggs until they are 6 months old so in hindsight it probably wasn’t the wisest choice of first meal. But I’m glad all Rosalie’s nearest and dearest were there to watch her taste her first bit of food. It was such a funny moment and will be a wonderful memory for us all to share together.
She only had a couple of spoonfuls. I had hoped to be able to continue with my plan and pretend the custard incident hadn’t happened. However, the next day Rosie seemed to be really hungry and there didn’t seem to be any milk. I don’t know if it was because I hadn’t fed her very often on Christmas Day as I was rushing around cooking and hosting and my boobs made less the next day as a result or because she had had a taste of food, nothing else would do. Probably a mixture of both. So with Rosalie giving us all the signs she was still hungry and my mum saying I was starving the poor girl. Rosalie had her first taste of banana. I had hoped she might not like it and I could put the weaning to bed for a few months. It was safe to say this was not the case and half a banana swiftly disappeared.

So reluctantly the weaning had begun. I was staying at my mums. We didn’t have any baby food so off to the shops we went to purchase some Farley’s Rusks. We have a slight family obsession with Farley’s Rusks. I think my brother and I ate them (as a treat!) until we were like 11! They had no Farley’s Rusks in the local shop so we bought some baby porridge. The next day Rosalie tried some porridge and again all gone. My baby all gone!

After a few days at my mums we then went back home. We didn’t have much food in but I had some baby rice we had been given as part of our baby shower hamper. I gave Rosalie some baby rice and again she lapped it up.

I did some research online to find out which fruit and veg we could give her. As Rosalie is only 4 months old we are limited. That’s another reason I would have preferred to have waited until she was six months old as then we could have pretty much given her anything. At 4 months she can have cooked parsnip, potato, yam, sweet potato or carrot. Mashed banana, avocado, pear or cooked apple.

Off to sainsburys I went to stock up on fruit and veg. I have been busying myself in the kitchen and so far I have made pear, sweet potato, carrot and banana purées. I have stuck to one vegetable per purée so I can see how Rosalie takes to them. So far there hasn’t been anything she doesn’t like and no adverse reactions.

I have been putting each purée in the blender to make it extra smooth. I did try her on sweet potato mash at first. She did eat it but it was clear she wasn’t a fan of the lumps. I have since given it to her blended and she gobbled it all up.

I have been making a large batch of vegetable/fruit purées and freezing them. Its so easy, each night I take out a couple of cubes of purée for her lunch and dinner and pop it in my little plastic pots from the 99p shop and there we go, job done! By the next day they have defrosted and I just warm them a little in a cup of boiling water until they are ready.

At first I fed Rosalie 2 table spoons of puree once a day, immediately after a breast feed. This is one frozen ice cube of puree in the trays I am using (also from the 99p shop!). I didn’t want to feed her too much as her tummy is still small. I was conscious not to over feed her and give her tummy ache. I started off feeding her at lunchtime so if any of the food didn’t agree with her or did give her tummy troubles it would hopefully have stopped by bedtime. This seemed to work well and we have had no problems.

I have been feeding Rosalie for two weeks now. I have tried to give her lots of different things to try to get her used to different tastes. So here’s what Rosalie has had so far:

This wasn’t how I planned to start weaning but as with most things in life and motherhood, rarely does it go to plan. Our little pickles are forever changing and I think the best thing you can do as a mother is to go with the flow. Be responsive, your baby well tell you what they need. I never believed this before but they really do, Rosalie in particular is very opinionated!

A part of me still does worry that she is too young and that it will do some damage to her digestive system or make her obese (that was written on a lovely NHS website!!). But when I think about it, I know my baby. I am pretty confident that if she didn’t want it she wouldn’t be eating it. I am very conscious of over feeding and only feed her a spoonful when her mouth is open and she is wanting it. As I said before there is very little waste, a few trickles fall out of her mouth but she doesn’t spit any out, and to me that is a sign that she is enjoying it.

It is working really well for us. It is very clear Rosalie loves her food. It hasn’t caused any adverse effects and she is still sleeping  through the night. As with everything else we have introduced to Rosalie, she has taken it in her stride. Nothing seems to faze her. My girl is growing up. It’s mummy thats struggling to keep up! 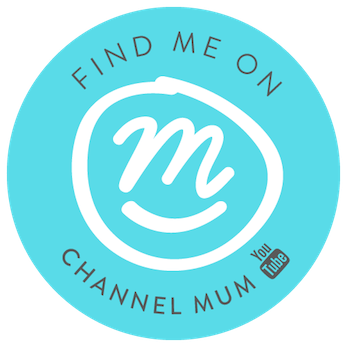