I ummmed and ahhhed about whether to do this post or not. Just in case a certain person is reading this. I cant imagine he is an avid reader of my little corner of the internet but I do worry that he might sneak a peek and ruin the suprise! Nicholas, if you are reading this EXIT THE PAGE NOW!!!

Right, now that’s all sorted we can begin… We don’t normally make a big thing of Valentine’s Day. Last year I think Nick worked and I stayed in on my own 🙁 This year he is off and we have booked to have dinner at our favourite restaurant. Eeek Can’t wait!!

So I thought this year seeing as we will be together, I would take the opportunity to make a fuss of the man I love (Cheeese I know, but its Valentines Day, its allowed!) I wanted something thoughtful and home made that wouldn’t cost the earth. That was also quick and easy to do. So after searching online for ideas I was inspired by one of the blogs on my regular reading list, Milk bubble tea, to make a Valentine’s basket. This is what really spurred me on to do the post. I found Becky’s blog post so helpful when deciding what to do myself. I hope that this will inspire you and show that you can still do something great at the last minute!

So with the idea decided on, I set about writing a list of gifts to go in it.

The sweets I chose were jelly tots because he loves them. I bought two packets and put them in a jam jar. I then covered the lid with red and white polka dot fabric and tied a pretty bow and there you have it. I also did the same with the heart shaped chocolates I got from Sainsbury’s, I think they look much nicer in a jar than in the netted bag they came in. I had the jam jars and fabric circles already so this didn’t cost me anything to do.

Magazines…. Anyone who know’s him will see he is covered in tattoos. He has two more sittings booked in over the next few months so I bought these magazines to inspire him before he goes under the needle again. I had planned on getting one but when I got to WH Smith there was too much choice. I narrowed it down to these two, and in the end I couldn’t decide so I got both. The book mark was a printable I got online.

Bubble bath, If I’d have planned to do this earlier I would have ordered a nice posh one but I didn’t and so today I went shopping and found the nicest one in the shop. He does like a bath, especially after rugby and this is muscle soak, it smells lovely too, I’m sure he’ll appreciate it.

I also wish I’d ordered a cool air freshener, I checked eBay and there was a nice England Rugby one I’d have liked to have bought. Alas it was not meant to be, with Valentines Day only 2 days away I it wouldn’t have been delivered in time so he has a jelly bean one instead. It’s the thought that counts!!! 🙂

I also plan to make Tiffin as its his favourite cake. I will put it in the cath kidston tin I have already. I have bought some heart shaped cake cutters to cut them out and make them extra Valentine’s Day appropriate!

I also included the oldest picture I could find. It was taken back in 2007!! Can you believe! This was about a month after we met. I was recovering from scarlet fever at the time and under all those layers of make up I had a pink rashy face!! The worst had passed when this pic was taken. I wrote a little message on the back too.

And of course his card, the biggest, cheesiest one I could find! I put all the gifts in the basket which I already had. I tied it up with polka dot ribbon I had left over from Christmas.

Oh how I love Valentines Day! Hope this inspires you to make something for your beau. It just goes to show you don’t have to spend a lot to make them feel really special. Fingers crossed he likes it anyway! 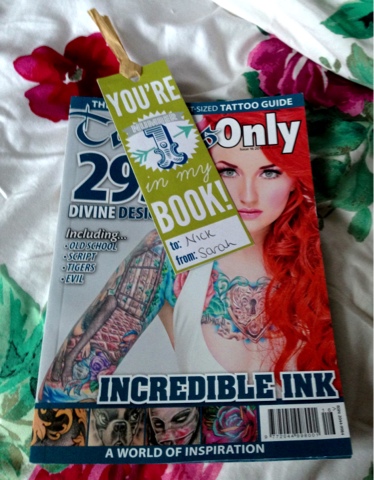 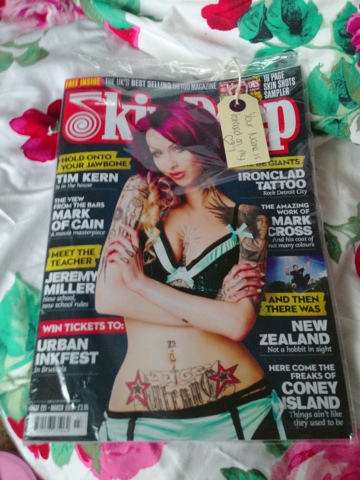 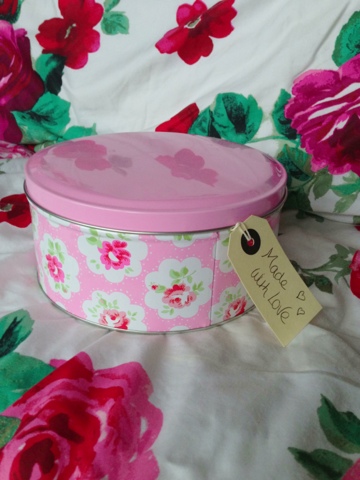 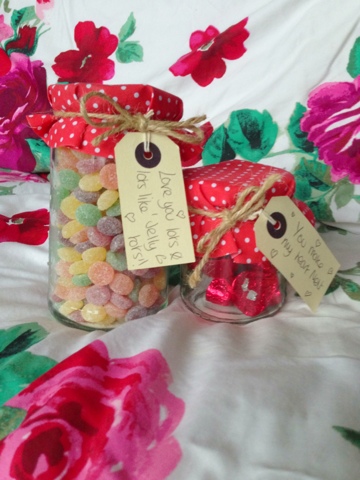 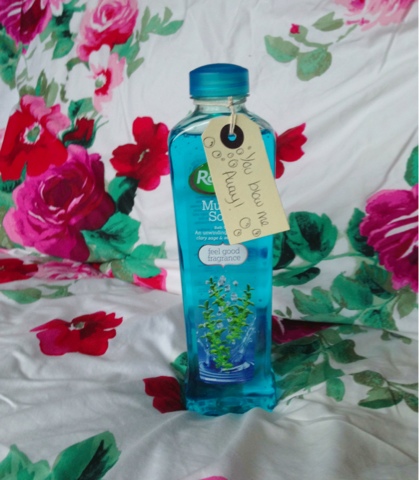 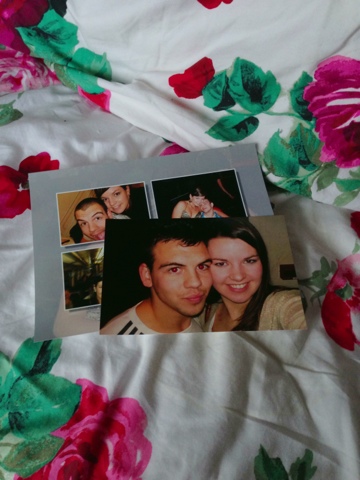 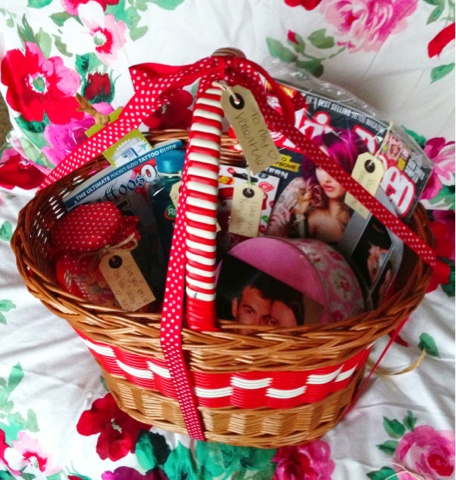 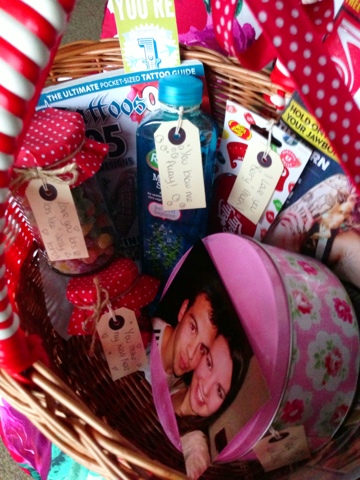 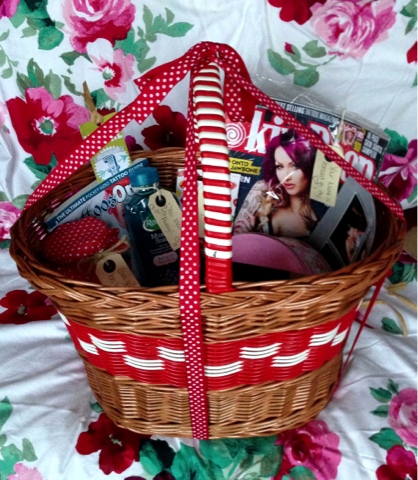 (I have also added little tags to each item, they are very silly, but I hope they’ll make him smile!)
craftGiftValentines Day
Leave a Comment
Lifestyle
Share: