5th May 2013
As I mentioned in my last post my friend and I went on aboudoir photo shoot. Ours came courtesy of a Wowcher Voucher. £14.99 for thetwo of us! J NowI must admit I paid my money, and then I began to get a tad concerned aboutwhat such photo shoot would be like. I had visions of a seedy nightclub and apervy old photographer. I am pleased to report it was nothing like that.
The shoot was to take place in London Town. Tan and I optedto get the train so we could have a few drinkies. Our appointment was at 1pm sowe set off at about 10am. We then made our way across town to Covent Garden onthe tube. The salon was really easy to find. I called the salon to getdirections and they were spot on. We arrived early so we sneaked in a glass ofchampers to calm our nerves! 😉
The salon where our pampering experience was to take placewas called ENVY. On arrival our coats and umbrellas were taken from us, and wewere invited to sit down in the lounge to have a look at their portfolios. Itwasn’t long before we were called up to the Makeup chair. Both Tan and I lovedour make up. The make up artists were really good and listened to what wewanted, even if we were particularly fussy! (me).  Next they styled our hair, We both opted forloose curls so we were soon ready to have our photos taken. We didn’t need towait and were called straight through.
We had 3 outfit changes in total. The shoot went reallysmoothly. As Tan was being photographed I was changing into my next outfit. Youwould not believe how long it takes to change underwear!! There wasn’t a minuteto spare as soon as I was ready I was in front of the camera. The photographerwas excellent. She really made Tan and I feel at ease. Her instructions wereclear and when all else failed she kindly showed us what pose to take.  Some of the poses, although they felt a bitstrange, provided the best photos. It was just her and us in the studio whichreally made us feel better about prancing around in our underwear. We had sucha laugh!
Once the shoot was over we were advised to take a walkaround town for half an hour while the photos were downloaded. We headedstraight to happy hour at a near cocktail bar, feeling slightly over done inthe makeup department but you only live once after all! I was given gorgeous red lips forthe day. A look I am still not be able to recreate despite my best efforts andpurchasing the same lipstick! We then made our way back to ENVY to see ourphotos.
We were shown our photos in the rooms downstairs. One printwas included in the deal. We were ruthless and still ended up 6 photos eachthat we quite liked. They did us a deal and we came away with the lot on CD andeven one of Tan and I together! I had already decided that I was going give theprint to my fiancée as an engagement present. As we upgraded the deal to getthe photos on CD we no longer were able to have a print so Tanya and I headedto snappy snaps round the corner where I purchased a frame and we got all ourimages printed to take home with us.
To finish of our girls day we headed to Benihana for dinner.This was a great experience and the food was fantastic as was my lycheemartini! Mmmmmm. It was a brilliant end to a wonderful day with one of mybesties.
I had a really lovely day, and so did Tan. We were both alittle nervous about what it might include but we had the best time! To anyonethinking about having a boudoir photo shoot I would say do it. You’ll have suchfun and you’ll end up with some beautiful photos as a keepsake.
As for the my photos, they are for my fiancées eyes only!! 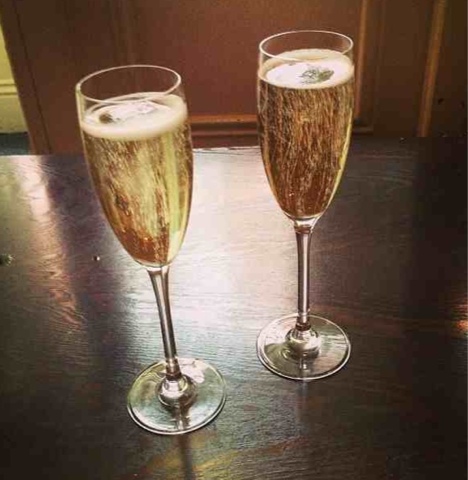 Please note I have not been asked by Envy Salon or Wowcher to do this post. All opinions are my own.
boudoir photo shoot
1 Comment
Lifestyle
Share: